Your Language May Not Be Serving You

July 28, 2022
No, not that type of language. Working with our coaching clients we often hear phrases used in describing their work that undermines the power of that work, and of the individuals themselves. Let me be clear:  It is incredibly important to be a good communicator at work. Whether you are working through a project with a large team or navigating a complicated issue at work, communication is key.  Do you apologize for sharing your idea? Add a tag at the end of your sentences? Use the words "just" or "feel"? Diminish your opinion by stating "I'm no expert..."? In their article for  WomensMedia ,  8 Tips for Fearless Communication in the Workplace , authors Victoria Simon, PhD, and Holly Pedersen, PhD talk about the effect of adding tag lines to our sentences. Women have a tendency to use ‘weak’ language that serves to water down their message. One example of weak language is using tag lines at the end of sentences. Examples of these are: “This is a great
Post a Comment
Read more
Recent posts

Learning From Adversity (or, Acquiring A Skill Set I Never Thought I Would)

September 20, 2021
As Executive Leadership we are often expected to “have all the answers.” We are the miracle workers, ego massagers and cajolers often tasked with challenging our worlds by coming up with solutions to what may seem like insurmountable obstacles. Our worst nightmare is coming to the conclusion that the best course is to “fail” as it is perceived by the outside world. Sometimes the answers aren’t what we’d hoped for. As founding Executive Director of 10 Hairy Legs dance company this is what I faced during the COVID pandemic. The shutdown in March 2020 ended all of our earned revenue and special event income for the remainder of the season on June 30, including our all important New York season. There was widespread fear and panic among stakeholders that reflected their own personal uncertainties related to the pandemic yet initially they were committed to our survival. We did have some funds in the bank but went into preservation mode, stopping all pay to artists and staff as of April
1 comment
Read more

August 03, 2021
Mukesh Gupta wrote, "We know that the ability to ask good questions can go a long way in how effective we are as leaders, entrepreneurs or in the process of discovery and innovation. Questions typically create the frame of reference within which the answer is thought in. They create the prototypical “Box” and if we are to think outside the box, we need to create a different question that allows us to think in a bigger box. We can never truly think outside the box but we can definitely think in a different box." Leaders develop constructive questioning techniques which help us to gradually understand how things work and what isn’t working. When it comes to creating changes, it can be easy to focus on what’s wrong, what’s missing, what’s not working and what needs fixing. And while it might be a helpful way to understand how you got to where you are, it’s not necessarily a great way to create the energy, buy-in and momentum that you may need to get to where you want to go
Post a Comment
Read more

Get out of here!

July 26, 2021
Have you taken a vacation yet this year? Do it! You need not go to a swanky resort, or even leave home, but taking a break from work is so very important.  Vacation is essential for strong bonds, a productive workforce and a fulfilled life. But each year, more than half of Americans leave vacation time on the table, accumulating to 768 million days in 2018.   The Oars website tells us (somewhat self-servingly, but who cares) that: Vacationing may seem like a luxury, but research reveals that it is a necessity. The consequences of passing up vacation days include increased mental fatigue, job dissatisfaction, anxiety and depression. Additionally, working straight through the year could put your health in peril. A study published by the National Center of Biotechnology Information (NCBI), found that men who were at risk for heart disease and skipped their vacation days were 30% more likely to have a heart attack than those who took extended time off annually. Another report published i
Post a Comment
Read more

Meetings are a part of our work!

May 13, 2021
I want to take a moment at the beginning of this blog to acknowledge the passing of Simone Joyaux. Simone was a consultant for nonprofits and NGOs. If you never had the opportunity to participate in a workshop led by Simone, I’m sorry. It wasn’t just her extraordinary knowledge that made her impactful, it was her passion for work on justice issues, her impatience with complacency, and her fearlessness in calling out bull**** in our field and beyond. I don’t know what will become of  her website , but I suggest that you make sure to visit it today.  It’s a real treasure trove and a fitting legacy of this remarkable woman. 1.       Simone’s   Learning Center 2.       Her blog  Simone Uncensored 3.       A collection of  Podcasts and Videos  featuring Simone’s insights in her inimitable voice 4.       Her collection of  Commentary and Essays  and  Special Articles  reflecting the genuine Simone at her outraged best. In addition, you won’t want to miss her candid, helpful tip
Post a Comment
Read more

April 13, 2021
I know it’s happened to you. You’re in conversation – about something controversial or not – and someone responds with a statement of their opinion, which they state as fact but in reality is not true. Whether it’s about the vaccine, politics, or how much nonprofit leaders are paid, they know the truth. As you try to continue the conversation, they repeat the same statement in response. No matter what you say. Frustrating for sure, and hard to move forward in a conversation. Unfortunately, what your conversation partner has learned is that repeating a statement somehow seems to make it true, even if it’s not.  The  illusory truth effect , also known as the illusion of truth, describes how, when we hear the same false information repeated again and again, we often come to believe it is true. Troublingly, this even happens when people should know better—that is, when people initially know that the misinformation is false. With the prevalence of social media, it’s incredibly easy f
Post a Comment
Read more

Make sure your ask is an ask!

April 08, 2021
During a meeting of a cherished Development Committee I work with, the topic of the ‘Spring Ask Letter’ came up.  The meeting leader shared that they were thinking of writing an update of what has happened over the past few months and what was planned for the future. It became clear to me that my colleagues had forgotten that when they were cultivating  donors, they should cultivate. When they’re briefing donors, they should share information. And when they are asking , they should ask .   Let’s review. Here’s the cycle: Cultivation is the period of time following donor qualification (ensuring that they are interested in what your organization does and determining that they might be interested in providing support) where you find out your donors’ passions, motivation and goals for philanthropy. To cultivate, you might offer the donor a variety of engagement opportunities: Inviting donors to connect/ follow the Social Media channels related to the campaign, organization, or
Post a Comment
Read more

What Can We Learn from Covid19?

March 24, 2021
Diego M. Rivera Detroit Industry, North Wall, 1932-1933 Having received my second dose of the Covid19 vaccination one hour ago, I found myself pondering the question, “What now?” Certainly I feel greatly relieved and thankful for all the reasons one might imagine. I also feel a strong sense of hope that perhaps as a result of what we have all gone through and are continuing to navigate there is great opportunity to make real differences on both micro and macro levels. How we have previously taken our casual and not so casual relationships for granted – family, friends, colleagues! How do we hope and plan to move forward bravely and without fear as a pervasive element of our lives? This is quite different from cautious and informed action. But what differences? I keep circling back to the way business in the arts has been done in my lifetime. The vast majority of my life has been spent in this field – as a student, professional performer and arts leader. It has always been a motivatin
Post a Comment
Read more
More posts 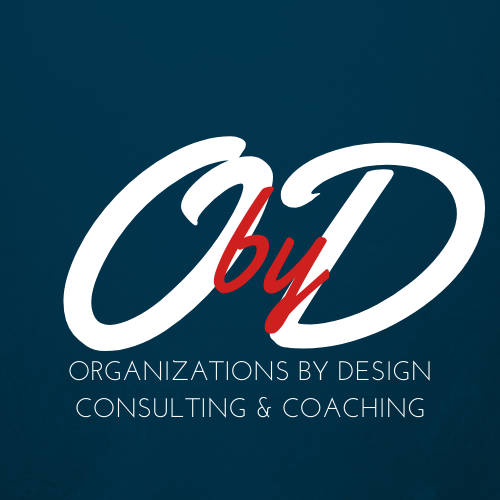